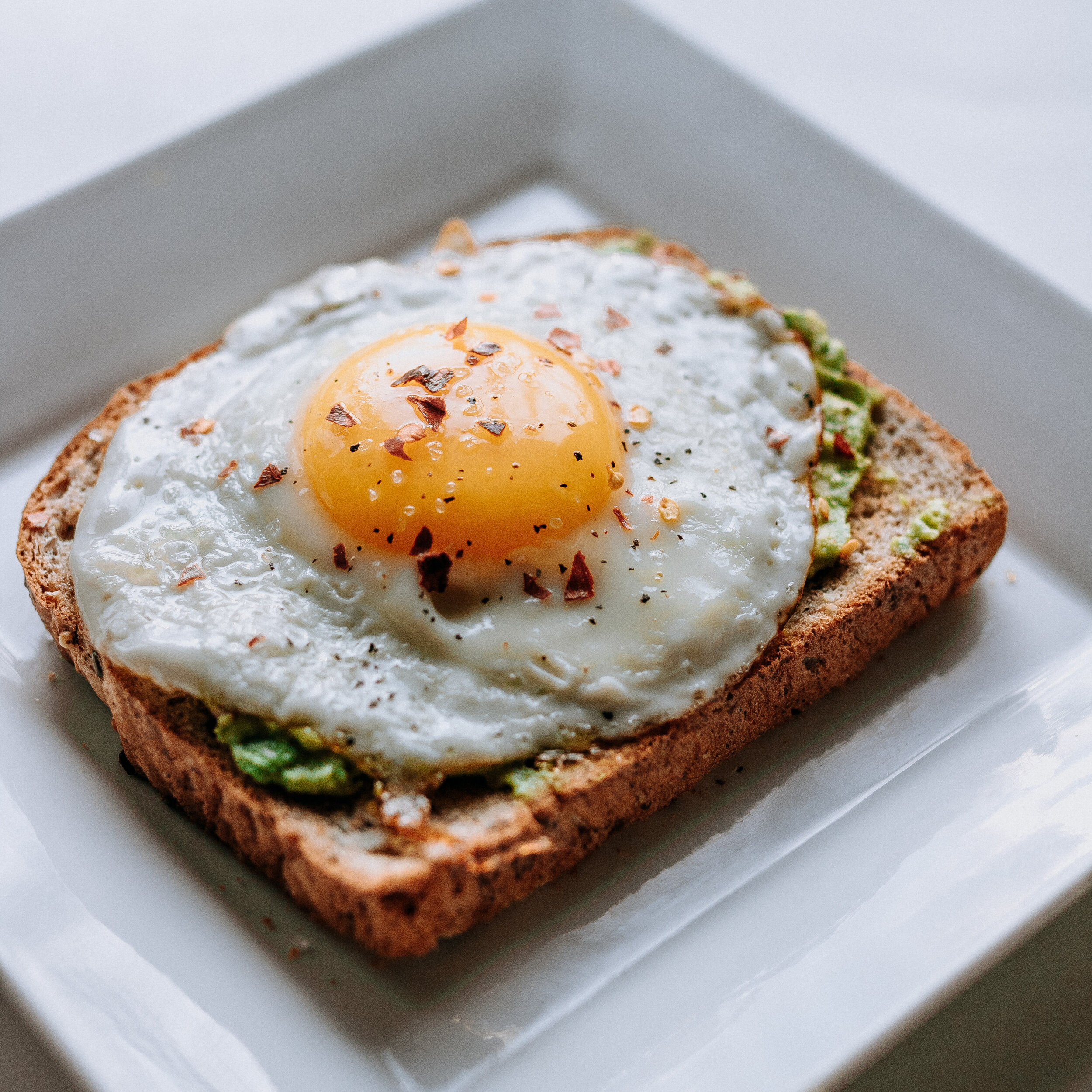 - - Hi, guys.  today, it's all about breakfast. Hi, guys, so today I want to talk about breakfast. Breakfast is a meal a lot of people get wrong., before I start talking about the dos and do nots of breakfast, I just want to say that a lot of people overemphasize the importance of having breakfast. The moment you get up, yeah, you've must have breakfast, you've must have breakfast. me people just don't like having a meal the moment after they wake up. They like to sort of settle into their day. They might have or coffee or something but don't have it first thing.  don't stress if you're one of those people that you've suddenly must change your lifestyle.

Fit it in to what works for you. It's not hugely important the timing of when you have your breakfast.  please don't stress about that. Okay, now let's talk about common mistakes people make with breakfast and I think it's, probably comes from marketing campaign or just habits but people have traditionally for breakfast a few things, orange juice or fruit juice of some kind and then, and these are people that think they're having a healthy by the way and fruit juice, cereals or toast or maybe a fruit smoothie.

That's kind of what I get from most people in terms of when they talk about what they're having for breakfast. Traditionally, that's what you see in most people's breakfast diet., I've got a problem with a lot of that. Orange juice I'm going to start with. Orange juice is one of my pet peeves. It's sold as a super, super healthy drink and yes, there is vitamin C and some nutritional benefits from eating fruit and some of that is lost when you juice that fruit especially when it's commercially juiced but the big thing with fruit juice is the number of calories you get from sugar.  you get probably between 75 to 85% of the calories from sugar in fruit juices.  an average 100 millilitres of orange juice contain between eight to 10 grams of sugar. 100 millilitres of Coca-Cola contain 10 grams of sugar.

You probably wouldn't give that to your child or for yourself. Hopefully you're not. Seeing yourself drinking a can of Coke for breakfast.  don't pour a massive glass of orange juice in the morning if you're thinking of having a healthy breakfast because you're trying to avoid, what you want to avoid throughout the whole day because breakfast is another meal, so it should fit the same profile as every other meal in that day, we're trying to avoid massive spikes, okay, in your blood sugar and having just a high concentrate of sugar for breakfast is not ideal.  if you just like to sort of clear the palette with orange juice, that's fine but make sure you keep that portion small, okay? A small glass of orange juice is fine. Not a big old glass like that.

Cereal. Again, generally high starchy content. Quite a bit of sugar, a lot of carbs. Most cereals are around 70 out of 100 on the glycaemic index which is a higher end which means it's going to give you another spike in your blood sugar so it's going to be one of those where you get the energy quick and it dissipates so you feel hungry quite soon after your meal.  cereals generally and that includes the ones that are branded as healthy cereals especially things like granola and stuff because they're often mixed with loads of honey and sugar and they're generally quite sweet or there's a dry fruit in there, so they generally are even higher on that glycaemic index.  just be aware of that if you're having cereal for breakfast.  I'll talk about it later but cereal like granola can actually be used maybe as a topper rather than it's the main portion in your breakfasts.

Fruit smoothies. Where do I start? Well, generally, fruit smoothies are, you blend together all those frozen blackberries and blueberries and every other berry you can think of, shove it in there with a banana, some milk or you might buy the smoothie as well. Again, ridiculously high sugar content in those. I mean, I suppose you could say there's some fibre in there that'll help negate some of that but ridiculously high. I mean, again, drink a milkshake if you can do that. Go to McDonald's, get yourself a milkshake because it's going to be the same effect on you apart from you're going to get a few more nutrients in there in that amount of fruit.  breakfast smoothies, not great.

I know that you people are trying to strive to get their five a day or trying to get their vitamin C content but there's more vitamin C in green leafy veg per gram and in peppers, okay, bell peppers. Not as a thing you can have as breakfast but bell peppers per gram than there is in an orange.  don't obsess that you must have that to get vitamin C. You're not going to get scurvy, okay? You're going to still get vitamin C without eating 10 bottles of orange juice a week, okay?  think about what you're doing with your choices there.  take those out or if you're going to have them, again, tiny, tiny portions. That's like a treat really.  toast, well, toast.

When we talk about what we should have for breakfast, toast could be put into the good pile. Not white bread, okay? White bread, too high in starch so scrap that but some good quality bread is fine if we're balancing that out, okay?  toast and marmalade or something high sugar spread, no, that's a no go but toast with and what do we want in our breakfast, we want proteins, we want fats. I personally don't think we want too many carbohydrates. me people might have a different belief but from evidence I've seen with my clients and myself, too many carbohydrates aren’t going to help you first to sustain your appetite or keep your appetite sort of in check and it's not going to help if you're trying to make a change to your body composition.  if you're going to have breakfast with toast in it, make sure you've got a large portion of proteins and fats in there.  a very simple one would be one slice of toast, seeded toast maybe with some butter on top for your fats. Spread a bit of avocado on there as well and a couple of eggs and then you've got a fully balanced breakfast. If you want to put some green veg on the side, brilliant. That's how you're going to stick toast in there. You could mix that with peanut butter as long as it's organic and no added sugar peanut butter if you wanted to spread to put on there. That's probably going to be your healthiest option for that day.

Other options to have a good breakfast, omelettes. Anything in that omelette, peppers, spinach. You can put some meat in there as well. Omelettes are a great choice. My personal choice and I get up really early in the morning, so I must get to work, I must leave before six a.m. every morning to get to work and I'm not a get up really early spend time making really extravagant breakfasts so what I do is I get Greek yogurt, full fat Greek yogurt. I don't do the zero-fat stuff, okay? Normal real Greek yogurt because I want some fats in my diet and I chuck in again some organic natural peanut butter, chuck that in there. You could choose another nut butter if you want. That's going to give me some proteins and fats as well and just gobble that down. That's a nice easy breakfast.

That's my alternative to a bowl of cereal but if you wanted to put, say you had a Greek yogurt and you wanted to put some granola on top, just a little topping of that would be absolutely fine. Porridge. Porridge works. It's a lower glycaemic index than other cereals so that's probably the best choice in terms of cereals. Add a milk that's got some fat in there. Skim milk, I don't think it's great because there's not fat. You want to have some fats in there.  add some fatty milk whether that's almond milk or whether that's dairy milk. Not a dairy milk. Milk from a cow then that would be great too. Alternatively, you could always have last night's leftovers.

If you've got a thing that breakfast has to be a certain type of meal, then obviously you won't do that, but you can have last night's leftovers as well. That works just as well because it's the same, if last night's leftovers were a healthy meal that is, not last night's Chinese but if it was a healthy meal, you can just have that in the morning. Again, it's just the same meal profile you're looking for so the fact that it's breakfast doesn't make it any different or if you wanted something to sort of take on a train, you could always get a wrap and put some healthy ingredients inside there, some kind of proteins and fat source in there as well.  there's your healthy choices for breakfast. Scrap the old thought on breakfast. Don't obsess about it having to be before work, first thing you get up in the morning if you're not that type of person. Make sure all of your breakfasts contain a mixture of protein and fats. If you want some carbs, they could be in there as well. I hope that helps, guys. If you've got any questions or anything, please put them in the comments below. Thanks for watching. Thanks again for watching, guys. Please subscribe to our YouTube channel. 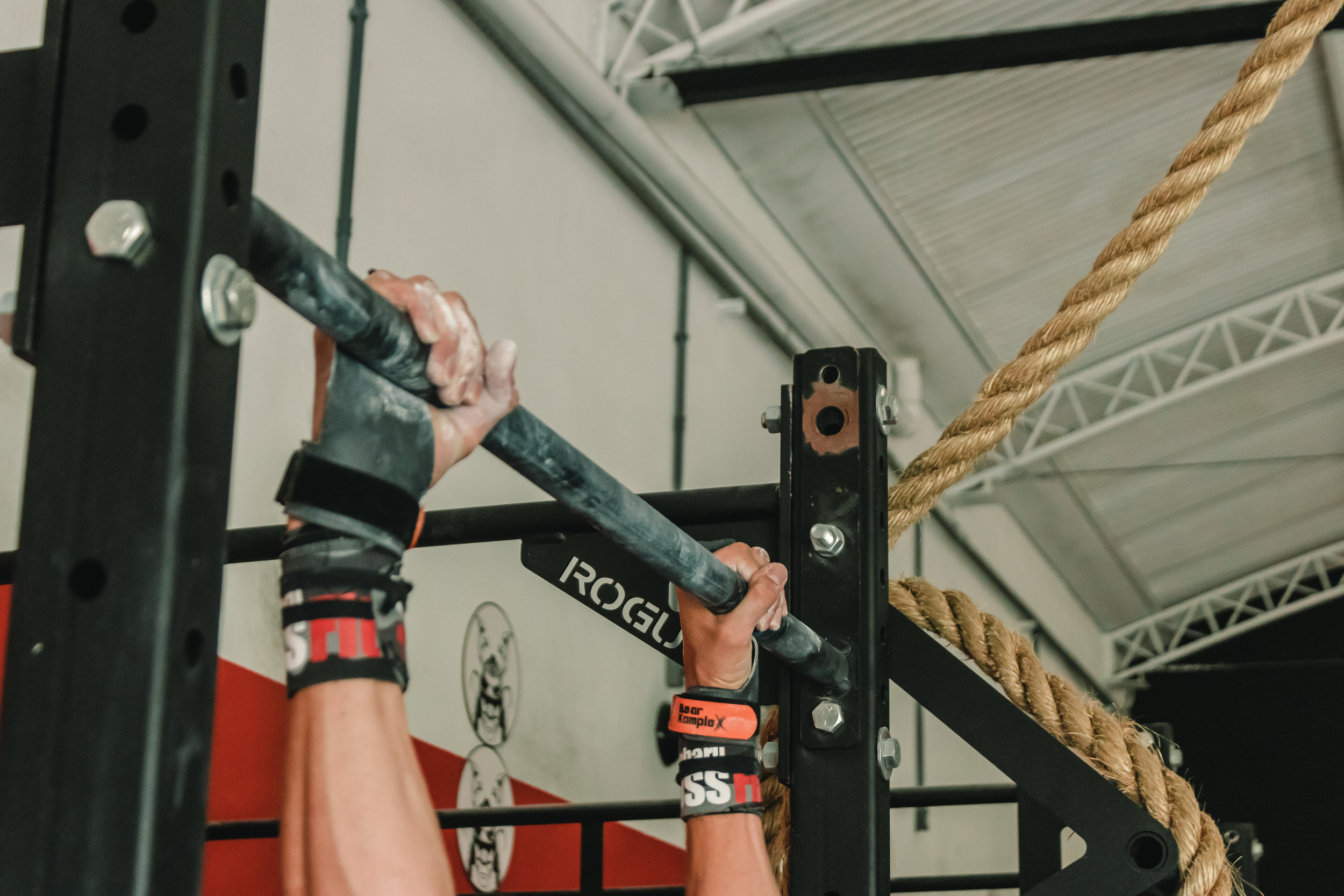 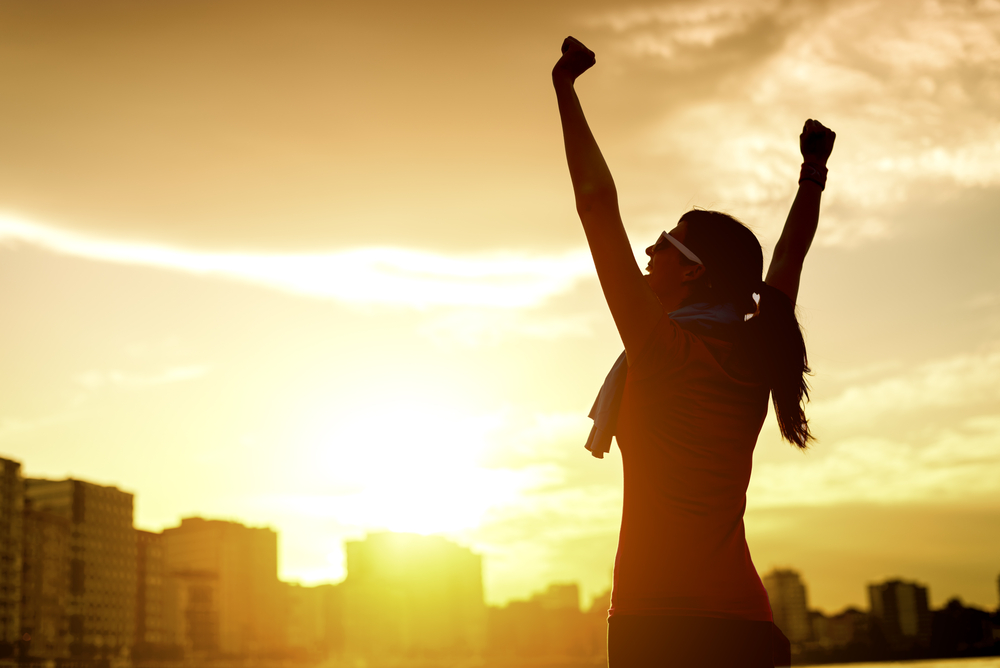 How can I keep my energy levels up? 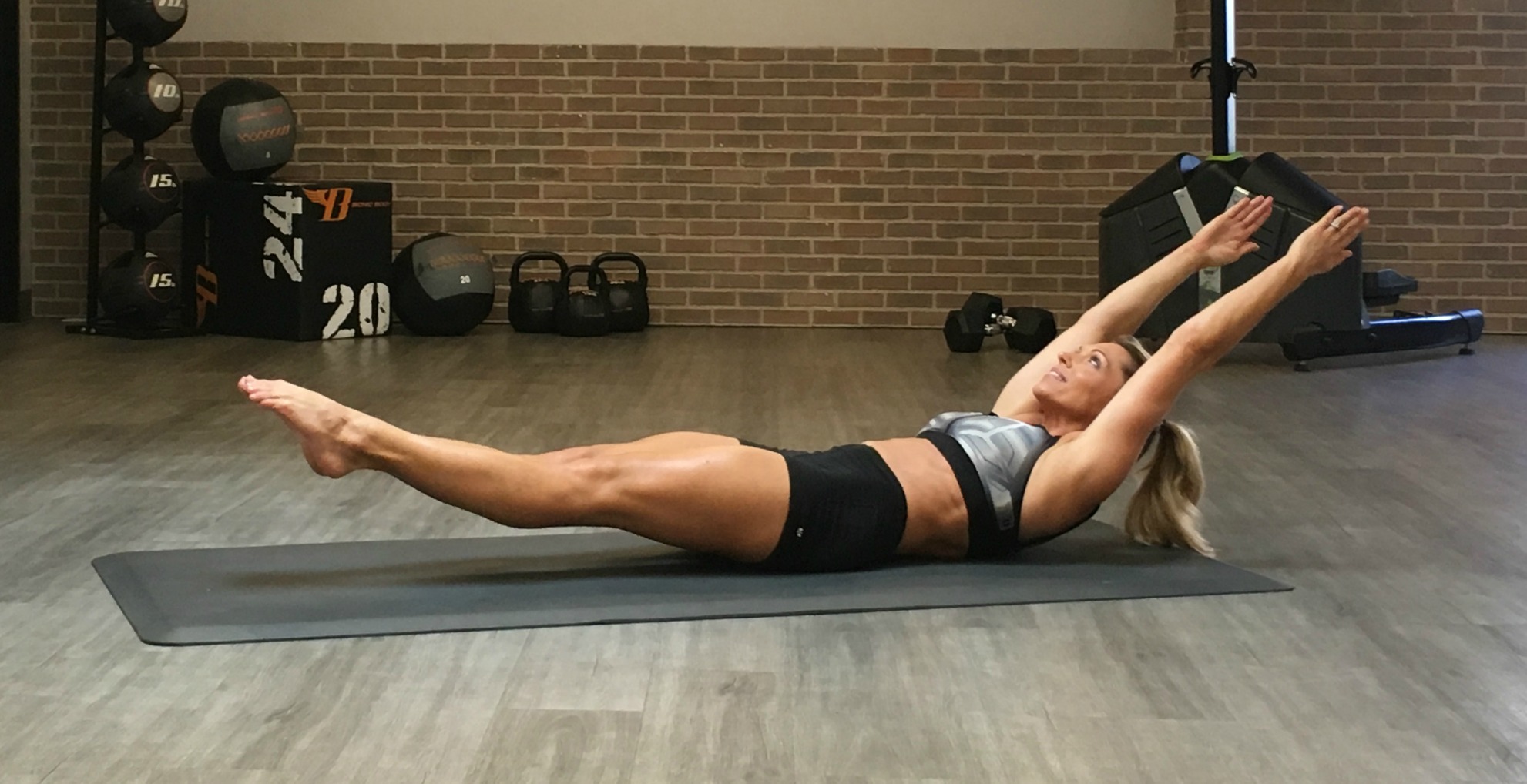