The Mobility and Stability Chain - (Or why does my back hurt?) 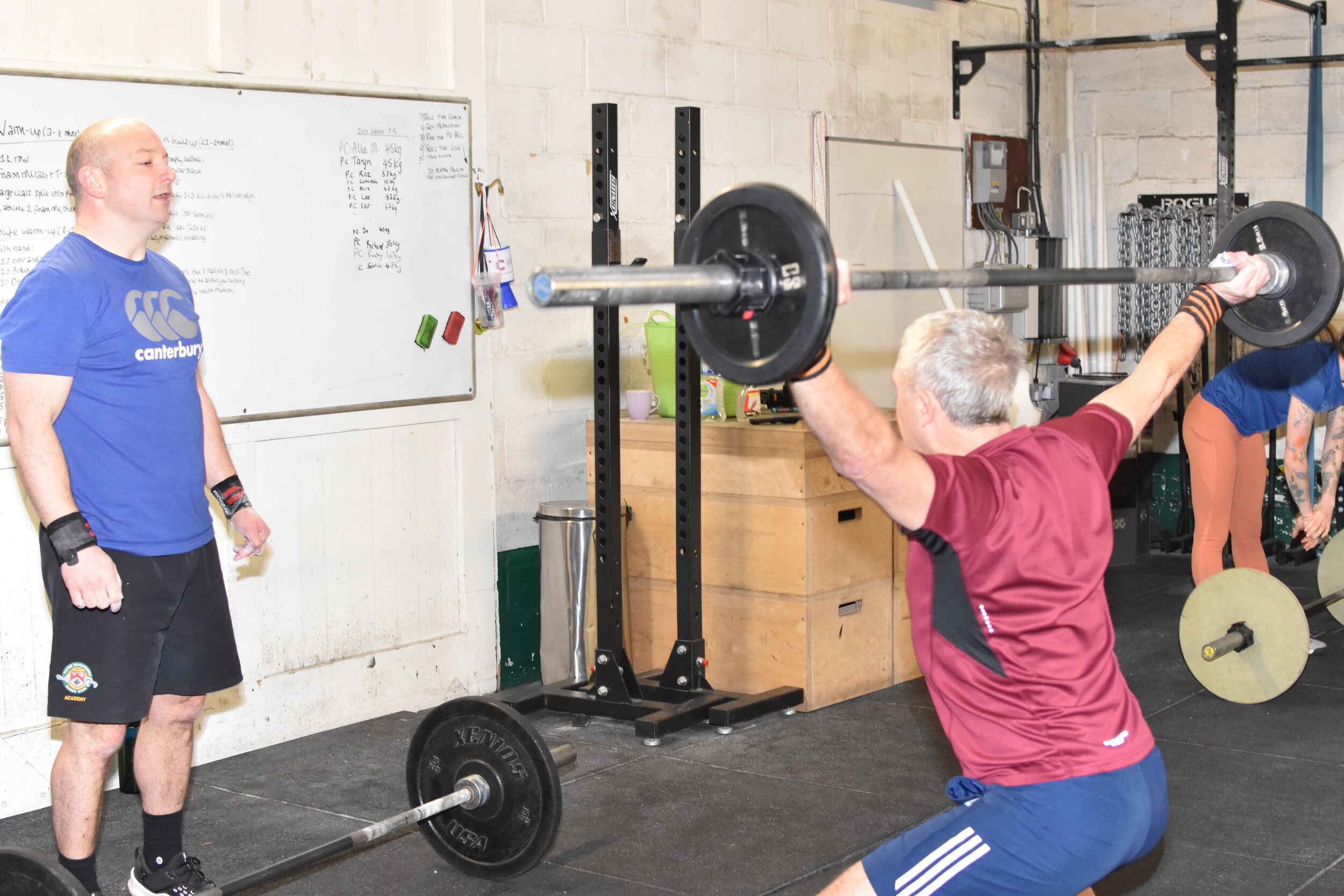 If you suffer from pain when your training and performing certain movements or after you've performed those movements, or you've just struggled to get into positions you want to get into when you're training, then watch this because today I'm going to talk about the kinetic chain and the Joint-by-Joint Principle, which was developed by Michael Boyle and Gray Cook.

The Joint-by-Joint Principle explains that each joint has either a function of mainly stability or mobility. If we talk about the whole body and we start at the bottom, the foot, you want that foot to be a stable joint. Working up to the ankle, we want it to be a mobile joint. Progressing up to the knee, we're going to go stable, going up to the hips, pelvis, we'll be looking for mobility. The lumbar spine, the lower back, the core, we're looking for stability. And then we're going to go upper back and shoulders, we want mobility. And in the neck, we're looking for stability.

The kinetic chain. And if there's a break in that chain, then that will cause problems above and below that area because parts of the body will have to compensate. For example, if you lack stability in your feet, the ability to balance, to keep that foot stable then you're going to have to compensate and recruit stability from mobile joints like your ankle to be able to perform a movement. If you lack foot stability, then your ankle won't be able to mobilize as much as you want it to because it will be working to stay stable. If we work up into the ankle, if we lack mobility in our ankle, then we're going to have to compensate for that lack of mobility up or down that chain. Often, it's going to come from, take for example if you were squatting, and you lack mobility in your ankle, you're going to have to recruit to get to the bottom of your squat.

You're going to have to recruit more movement in the joints further up that chain. And often that would be sort of overuse of the knee, overuse, possibly losing that core stability, to get lower down, so you're going to round your back. You lose that stability there. And that works up as well if we go up into the hips as well. If we're tight in the hips, then that's when you see people getting that position where they're tucking their pelvis under. They're unable to get the hip hinge they need to get into to get into a deep squat. You’re going to recruit mobility from areas where you should have stability.

The most common area people suffer from pain, I would say would be the lower back area, that area isn't necessarily the main problem. The problem lies up and down the chain. I'm going to talk about the most common areas now because with this lower back.

The overhead press. If you're too tight in your upper back, an overhead press. Say you're in this position and, as I've said in previous videos, I would say most of the population are now overtight in this thoracic spine. I know we spend a whole, most of our lives, most of our daily lives in what we call a kyphotic posture, in a posture where we're working in front of us where we're here, holding our phones, on our laptops, driving a car. It’s very likely that if you spend many hours doing that you're going to get tight through the upper back and through that shoulder joint as well. When we do an overhead press, we're going to struggle to be able to press overhead without recruiting mobility from where we shouldn't be recruiting it, from where we should be maintaining stability. What we want to see in a good overhead press being this nice strong position, the connection between the ribcage and the pelvis, and as we press up, that stays nice and stable. Here and what's going to happen is, as we press up, I'm going to have to... Try to keep that press vertical. I'm unlikely to press that way because it's going to be inefficient, so what's going to happen is I'm going to lean back, overextend through my lower back, and press up this way compressing these discs in the lower back. A simple example of where you're lacking mobility in a joint that should be mobile and therefore you can recruit mobility from a stable joint pattern and that's going to cause you a higher risk of injury.

That would be the same if your hips are tight and you're coming down into a squat. If your hips are tight and you're unable to get your knees working outwards in your squat, you're unable to hinge properly through here, then you're going to tuck your pelvis under. You may lose this knee position as you're going down. You’re going to lose the stability in the joints you need to be stable, and that's going to put you under a lot of pressure, under risk of injury from those movements.

With the functional movement screen, which, again, comes from Gray Cook. One of the things we like to do is have a look at people's movement. And from there we can... I don't want to say predict injury, but we can see where there's a higher risk of someone getting injured and the movements that would cause that higher risk of injury as well. And we can then screen and look at ways we can improve either the mobility or the stability of certain joints to lower that risk of injury and improve performance, and I think that's what most people want to see when they're training. They want to see themselves, they don't want to see themselves get injured, and they want to see their performance improving. So really, important that when you get pain somewhere, so whether it's a shoulder injury, if it's a lower back injury, if it's a knee injury, which is a kind of a three, I suppose the three most common injuries we're going to see, that you don't just fix the problem. You don't just fix the fact that you've got pain, but you also look at what has caused that pain. So why is that pain happen? Because if it's happened once, unless it's trauma where someone's, you know, you're playing football, and someone slide tackles you straight through your knee, that maybe not because of how your structure is but just an accident.

But  if you do have an injury that's caused by just doing something simple like squatting or dead lifting or jumping or running or something like that. And if you just wait for the pain to alleviate and you just fix the pain and don't look at the underlying issue, you're going to be at high risk of that happening again. So it's really important that you find a coach, trainer, that understands these patterns and can actually look at how you move and diagnose the problem and find a solution for you to get you moving better, to get you moving more efficiently and that's going to help you perform better and performing better.

If your interest is aesthetics, then performing better, moving better is going to have you look better because in terms of building tone, building shape, the human body looks much better when it's in correct posture, when it's moving well, and when you're training through full range of motion. When you are training through a full range of motion, you're training the most amount of muscle fibres as well so you're going to get the best muscle tone throughout your body. You're also going to move through full range of motion, you're going to get more calories because you're using again, more muscle fibres. So really, important that your movement quality is good, and you've got someone to assess and screen where the issues are that you need to deal with because one of the problems with just stretching or just rolling out and you roll out everything is it's not very time efficient and I'm all about the minimum effect.

I'm all about finding the thing that's most time efficient for myself and for you guys because none of us have an unlimited diary of time. It’s important to find out, OK, what's the priority, what's so I need to fix right now that's going to help us improve our movement. Yes, we may have a list of problems with our body this long and that's kind of where I started. When I started training, that's kind of what I looked at. There was so many issues that I just didn't want to deal with anything because it was just too much to handle. I started trying to try and do it and I was just working and working and working on movement, but it just took so long, and it was depressing, and you didn't really see any improvements. So, all I do now is pick out the maybe one or two key areas for someone to work on and get them to focus and narrow down those areas. Once those areas are brought up, then we can look at other areas to work on from there. But really, important to get a good screening in place.

I often don't do screenings specifically. A functional movement screen, where I get someone and go through every single position. What I'll do most of the time because unless it's someone who is trying to specifically get better for a sport and they want to actually take that time and work specifically on certain areas, for a normal athlete that I'm training, a personal training client or CrossFit client here, what I'm doing is when they're doing those movement patterns, when they're in the gym and they're training and they're doing maybe just a body weight squat, I can have a look and see how they're moving there. And then from there we can diagnose, we can say, OK, look at your squat pattern. We can try and correct the squat pattern. If that's not happening, then we'll look at, OK, what joint is maybe causing the main issue there? That's how I like to work. Other people might have different ideas than that, but I think that's the most efficient way for a normal person rather than getting every single person in for screening and identifying every flaw within their body. I think that's a bit much for everyone to deal with. But important that you know with your own body, what your limitations are, what the most effective thing you can do right now to improve your movement is and careful in terms of your body for that risk of injury as well. So, look at that stability, mobility chain.

So stable foot, mobile ankle, stable knee, mobile pelvis, core stability, OK, lower back, anterior core and then mobility through that upper back and shoulders, and then stability in that neck joint. And that's what we're really looking for in that.

We're going to post some more videos on those areas and things you can do to test that. But I hope you found it interesting, I hope you found it useful. And see you soon. Thanks for watching guys. Please subscribe to the YouTube channel and check me out on Facebook. 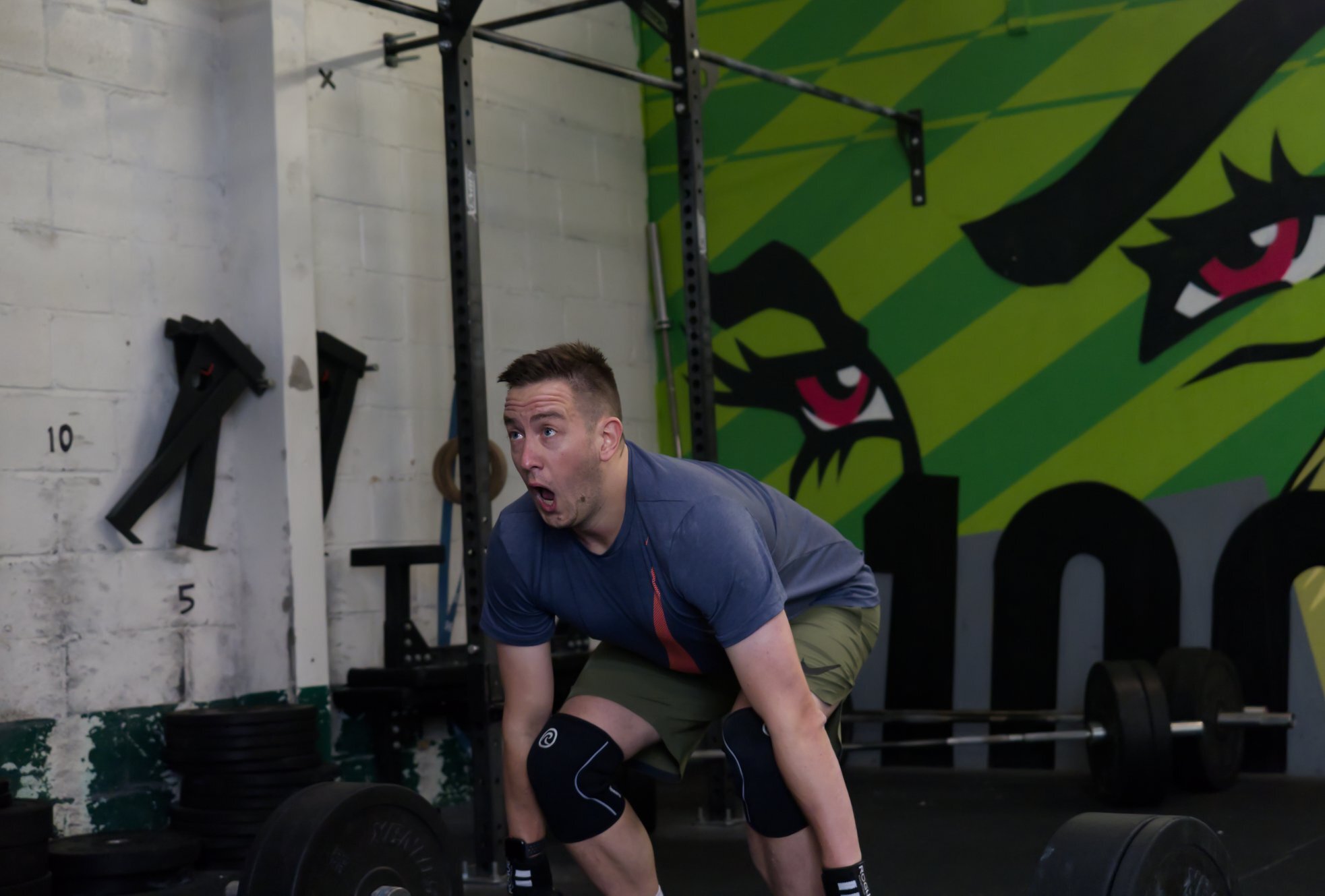 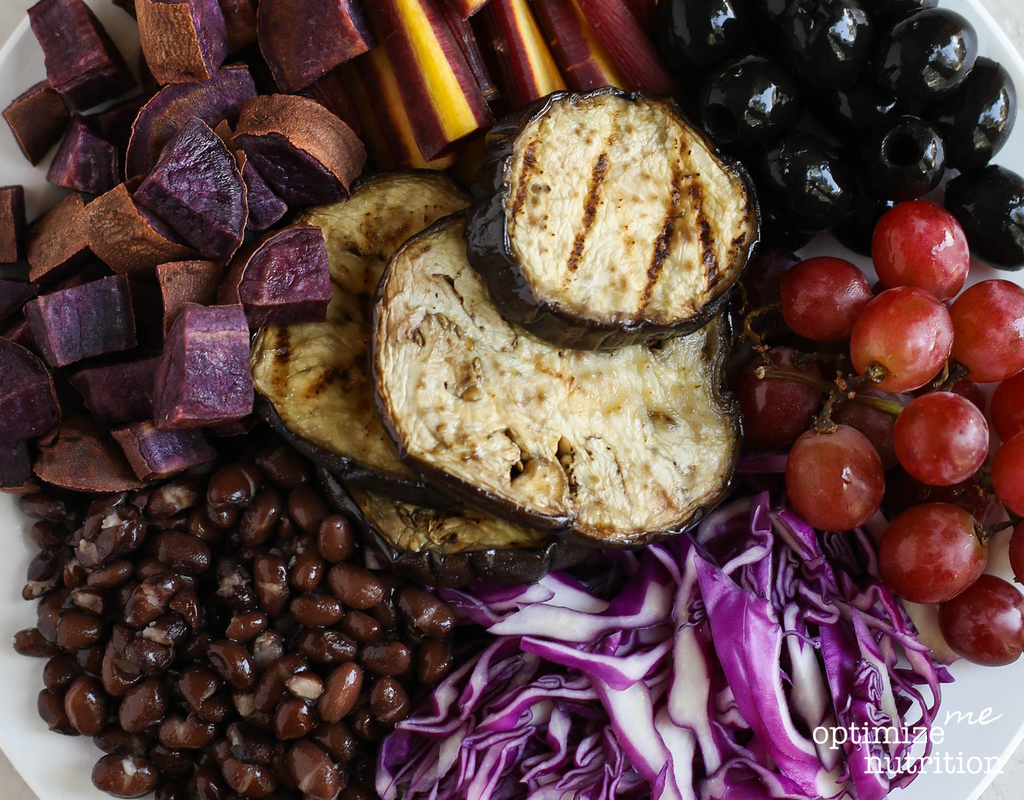 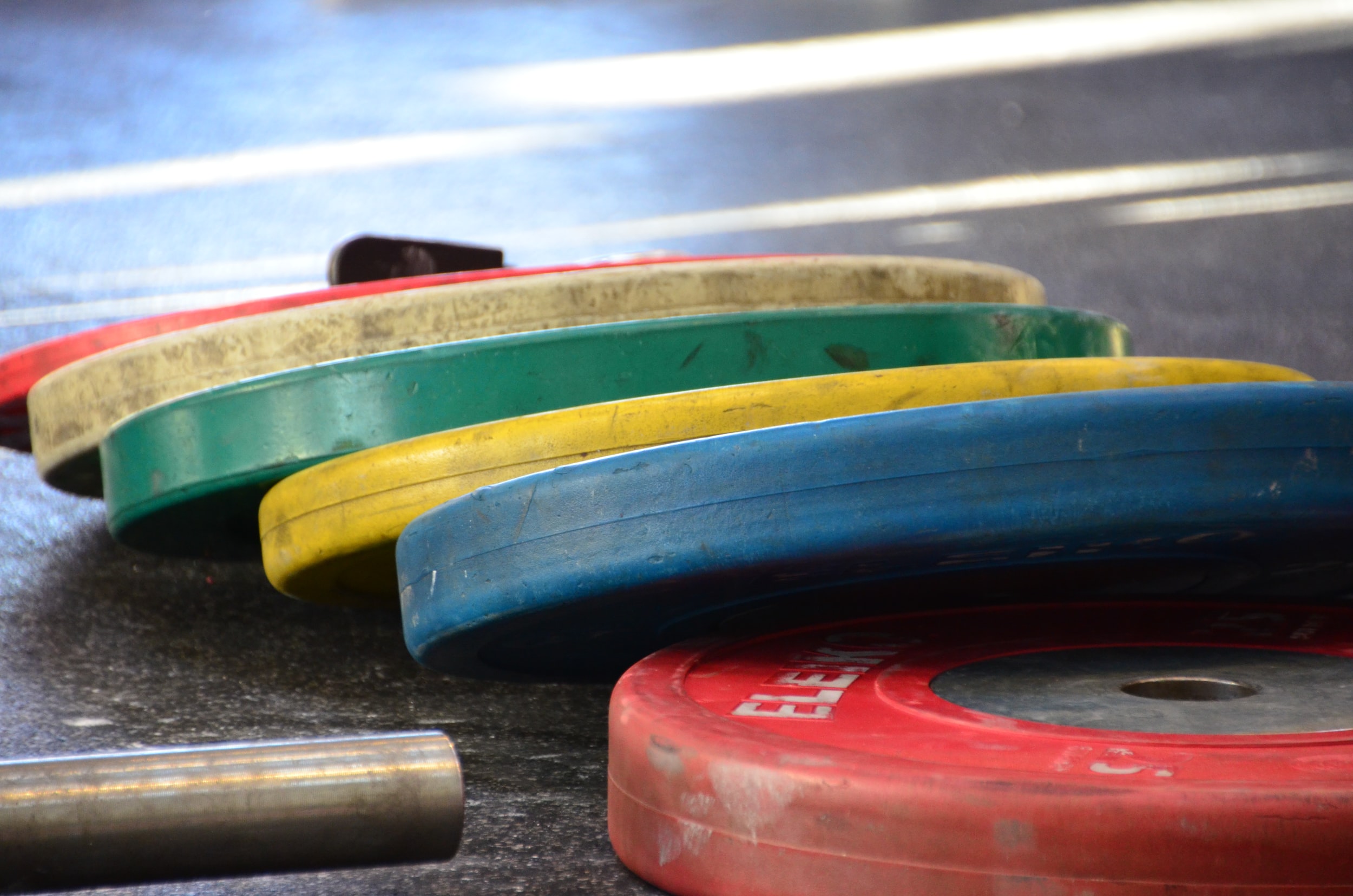