The Press Up – Is this the worst performed exercise ever? 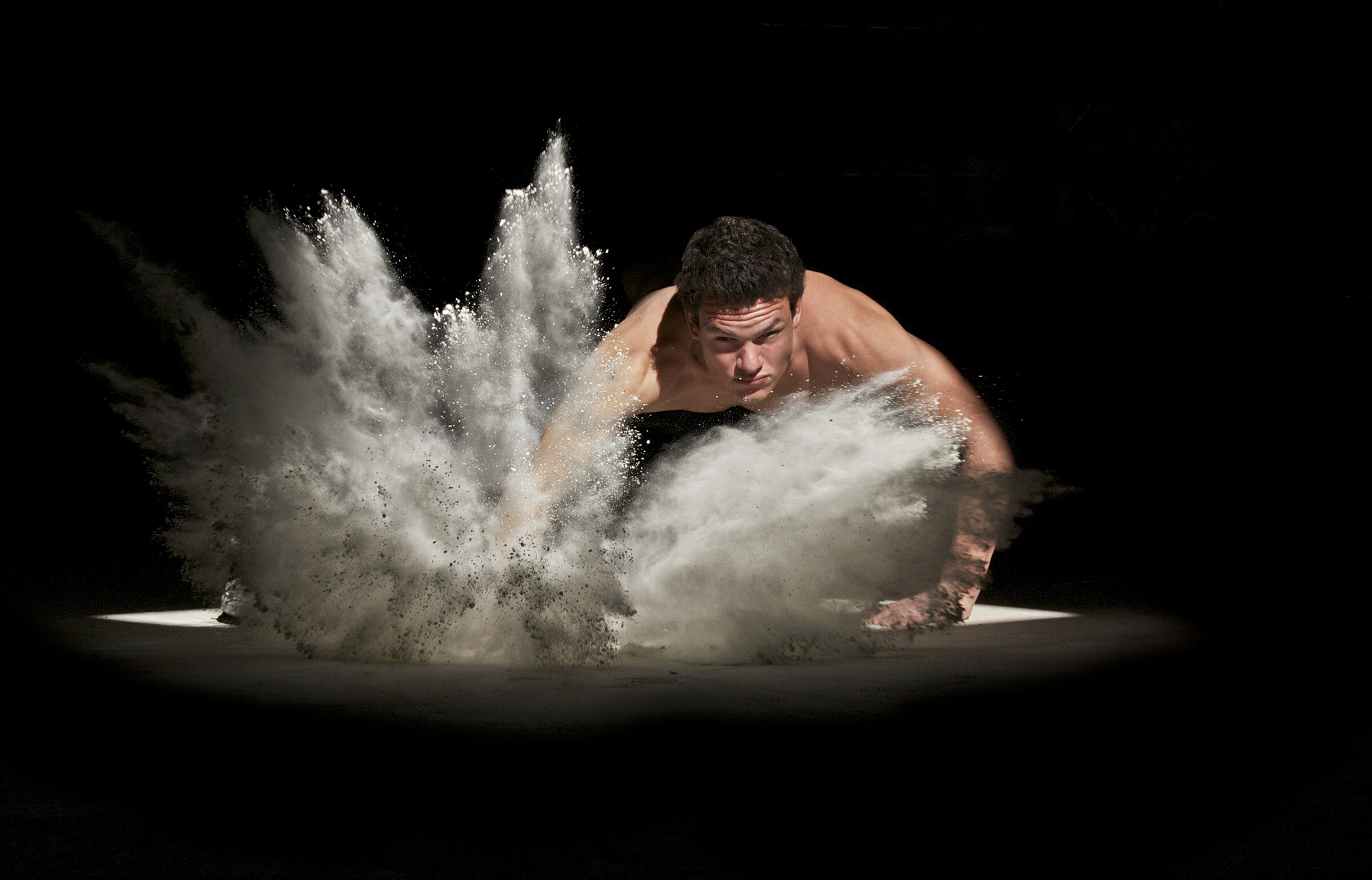 The Press Up – Is this the worst performed exercise ever?

The press up, a movement that most people who train perform regularly. It seems by looking at it an incredibly simple exercise, however it is possibly the exercise I see performed most poorly, especially by CrossFitters. This is because we train against a clock. Therefore there is temptation to cut corners and lose technique. Let me break the movement down and talk about where I see mistakes:

The first error I see is that people do not establish a strong plan position. A lot of the time this is because the plank is another exercise that there is a lack of understanding of technique. If you walk around a HIIT class or boot camp and ask athletes where they feel the work on the plank a lot will tell you it is in their lower back. This is because a large proportion of people have yet to learn to find neutral spine and use their abdominals to get there. Whenever I have attended group exercise classes I have heard the instructor say the works find neutral, or engage your abdominals. But rarely is there any time taken to demonstrate how to do this.

I explain this in detail in an earlier episode titled Bracing and Birddogs but for now I will give you a quick refresher. Learn to find neutral on all fours. Knees under hips, hands below shoulders. Round your spine by tilting your pelvis backwards (posteriorly), to do this you should squeeze your abdominals as tight as possible. Then arch your back by tilting your pelvis forwards (anteriorly). You will feel your abdominals relax and lower back muscles switch on for this. Now use your stomach muscles again to find the mid-point in which your back is flat. That is the role of the abs, to change the relationship between ribcage and pelvis. The plank is all about keeping that space the same by using your abdominal muscles.

Once you have found this neutral spine the goal is to maintain it. From all fours extend your legs behind you so you are resting on your toes. All the while you should maintain the braced position. If you cannot hold a plank in this extended position then lower your knees to the floor keeping a straight line between from your knees to your shoulders.

If you cannot feel the abs squeezing in this position then you will need to go back to an all four position.

Your set of press ups should only last as long as your plank can be maintained. So if you are unable to hold a strong plank position for a minute then your press up set definitely will not last that long.

Loss of midline throughout movement

This is seen amongst all athletes, either when there is a lack of upper body strength or when fatigue is beginning to set it. The body may start in a plank but once the athlete reaches the bottom of the press up and begins to push off the floor the back will arch as the shoulders move up before the hips rise. This is what we call a snake press up. We actually do accept this as a scaling option in lower volumes for our kids classes. Generally smaller more flexible athletes can perform these variations perfectly safely as the spine can move through extension, much like in the upward dog yoga pose without any risk. However in adults there can be a few problems with this. Firstly you should always consider this variation a scaling option. It is NOT a full press up. In a full press up the knees should NEVER touch the floor and hips and shoulders should rise together.

Qualfying rep standards for competition do not specify hips and shoulders rising together but do No Rep for knees touching the floor. But this corner cutting should only be used in competition In training we should aim for hips and shoulders together. Firstly there is a greater likelihood of this arching causing injury in adults for a number of reasons. Lack of upper back mobility usually means the arch is coming almost entirely from the lower back which may cause aggravation, especially when combined with the added weight older athletes are pressing.

Also you are losing one of the training benefits of the press up which is core strength. The press up involves the plank. Therefore big sets of press ups are working the core hard.

If you cannot perform a press up without snaking up then you should either perform the exercise from kneeling or the alternative is to elevate your hands onto a bench, box or raised barbell/ junior pull up bar. I prefer the straight line variation as the kneeling version seems to encourage the snake action or the other variation which is the butt up! I see this most often in a kneeling press up but also in the other versions. It is where the backside goes up and back to take load off the upper body and again make the press up easier.

The result of both of these is the same, loss of midline stabilisation.

Next up is another set up issue. This is where often people hand their hands pointing inwards at the setup position. It often results in the second fault of the elbows flaring out finishing in a position there they are in line with the shoulder. The movement puts to much load on the anterior delts (shoulder muscles) and does not allow the tricep and chest muscles to work effectively. I see mainly it in athletes who lack tricep strength. To set up correctly we need hands slightly externally rotated at the setup position.

Hand spacing can be varied in  a press up and actually in workouts moving your hands slightly wider and narrower can allow you to get a few more reps in under fatigue but for a general rule outside shoulder width is a good place to start.

From this start position you should lower to the ground keeping your elbows close to your ribs. Somewhere around 45’ in relation to your body is a good guide. This is often where most athletes discover they have a weakness in the triceps. A large proportion of people will be unable to lower chest to floor with their arms in the correct position. If this is the case, do not revert back to your old movement. Scale using one of the earlier stated options. What you have discovered is that you need to build strength in your chest and tricep muscles. This can only be done by correcting your form.

Elbows flaring press ups are ineffective in building pressing strength. There is no transfer of benefit from this to other exercises. Press ups performed correctly will improve all other pressing, overhead press, handstand press ups (Performed correctly as these also suffer from poor form!), ring dips, muscle ups etc.

The other issue with elbows flaring is the pressure it puts on the AC joint. This internally rotated position will lead to impingement in the shoulder if repeated for high volumes of work.

Another area I see where people lose shoulder stability it when the shoulder blades collapse together to start the rep. Remember the upper arms insert into the scapula (Shoulder blade). These need to be kept active throughout the movement. This means they create a stable position to press against. When you bench press we talk about keeping the shoulder bladed pressed onto the bench to create a stable platform. In the press up it is about creating that same stability by keeping the space between scapulas the same.

To feel the difference perform scap press ups. Start in a press up position press your shoulder apart and then the allow your shoulder blades to squeeze together. Then, similar to finding neutral spine locate the mid-point where your upper back is flat. This is the position you want to maintain throughout each rep.

The final area to work form is in your neck stability. In an effort to work to the bottom position we often see the turkey necking action of moving the head to the floor ahead of the shoulders. This is very common amongst desk jockeys, which currently is most of us! In general Forward head position can become a real issue of neck and shoulder pain and eventually lead to problems of athletes having to extend their neck to lie flat and when pressing the bar overhead. All of these are big injury risk factors. Therefore it pays to focus on keeping the head neutral throughout each rep. You can practice this via a PVC pipe or broomhandle running down your back whist performing reps. Those athletes who already have a forward head position problem may not be able to touch the pole but the goal would then be to keep spacing the same throughout the rep. You may need a partner to help with this one. When performing this be careful to keep the space between your chin and chest the same to prevent going into cervical extension.

I have covered all the technical areas and left the best until last! This is the most common fault of them all. Especially when going against the clock. The one rule everyone should have no matter which scaling option you choose is that you MUST touch chest (normally defined as nipples, mainly because lots of people mistake belly for chest!) to floor. Then you MUST reach full lockout with the arms. That means fully straight! These are my two unbreakable rules for press ups. Firstly if you do not do this then there is no means to measure improvement. This is why we see people beating the CrossFit Games athletes times for Murph, the reps are not virtuous, we measure work capacity as force x distance/time. If our weight and distance we move stays the same then performing the workout faster will indicate an improvement in our fitness. However if we only work through 75% of the range of motion then the formula is skewed and there is nothing to compare.

In addition working a shorter range of motion will mean that we are recruiting less muscle fibres and not training the muscles in the missing areas. This means the transfer of the exercise is minimal. A simple comparison would be not getting to the bottom of the rep where the chest touches the floor. This would be the same motion as not getting the bar to touch the chest on a bench press. If we perform the full range of motion press up we are improving our bench press, ring dips etc at the same time. If we do not then we are wasting our efforts somewhat.

At CrossFit we always aim to preserve range of motion and form over anything else to garner maximum benefit from each training session. Therefore if this means scaling the movement to allow that to happen then that is exactly what you should do. The benefits of this far outweigh any reason to try and perform full repetitions poorly. Remember the CrossFit methodology is Mechanics – Consistency – Intensity. We must get mechanics correct consistently before increasing intensity.

There we have it a simple exercise that takes up over 2000 words to explain. But taking this time to get something right will accelerate your progress and stop you wasting your training sessions. Take some time to work on your form and you will reap the benefits! 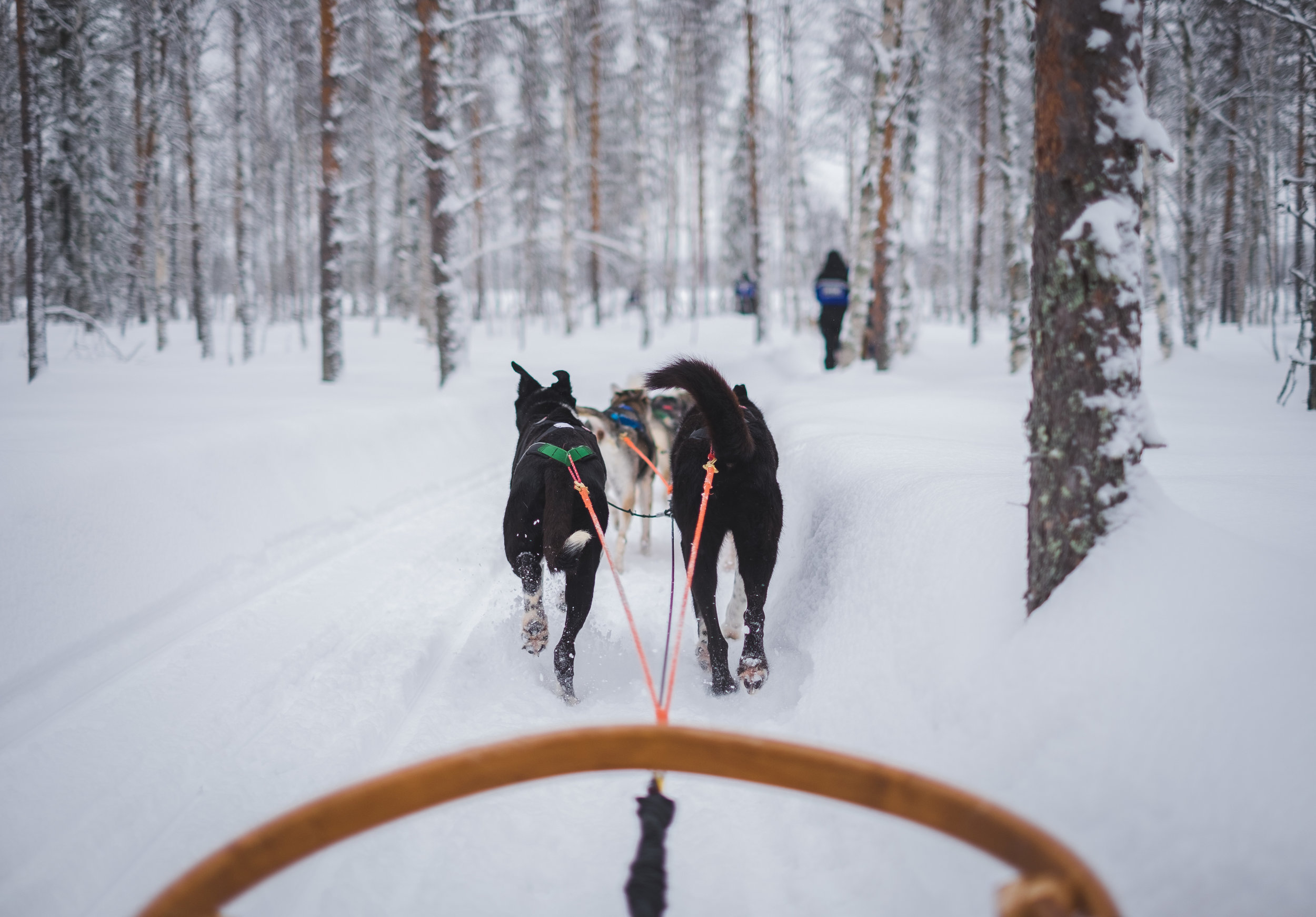 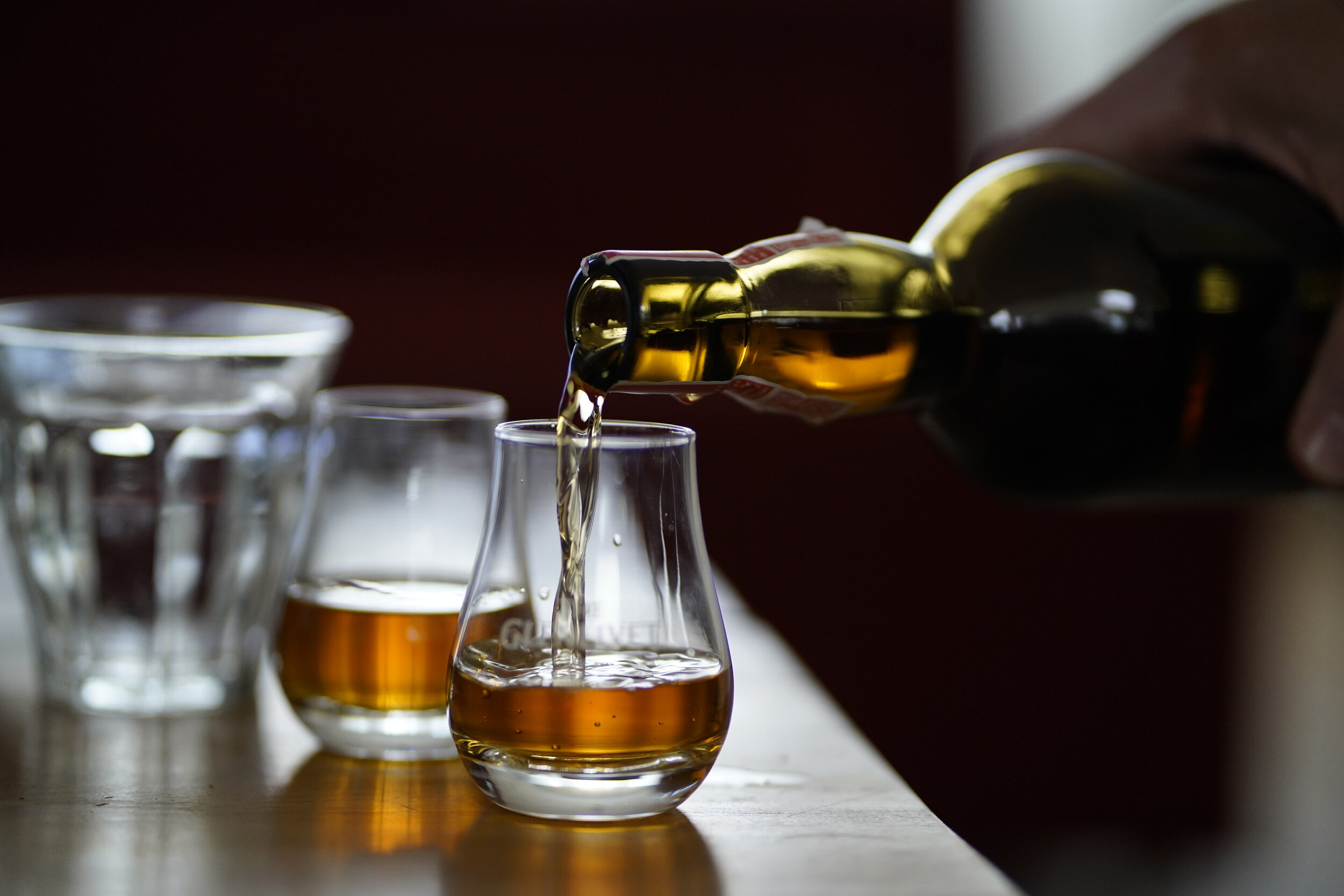 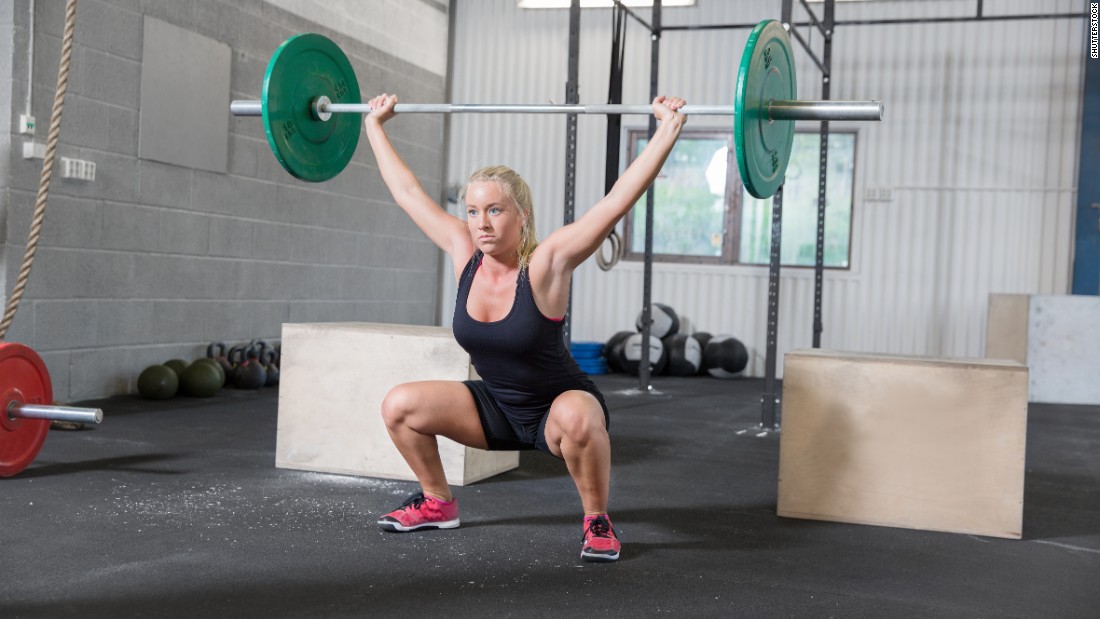 Why more women should be lifting weights…